On Thursday, July 9, we gathered once again virtually for our fourth Chapter Event, focusing on a pivotal topic for the future of autonomous mobility – AV regulations.  Over 200 worldwide experts from renowned companies and institutions joined the online conference to listen to multiple perspectives on attaining and certifying self-driving vehicles’ safety.

FOCUS I: ATTAINING AND CERTIFYING SAFETY IN AD – REGULATORY PERSPECTIVE

Throughout the panel discussions, the keynote speakers debated on essential areas of regulation and standardization, bringing multiple viewpoints to the forefront. The highlights of their discussions comprise the following:

In conclusion, there is one gap to be filled: agreeing on a common characteristic of a human driver to which the automated vehicle should be compared to.

As with the previous three Chapter Events, each presentation was followed by a live Q&A session via Slido, tailored to the online participants’ main interests. Thus, the attendees had the opportunity to further discuss certain topics and interact with the keynote speakers. 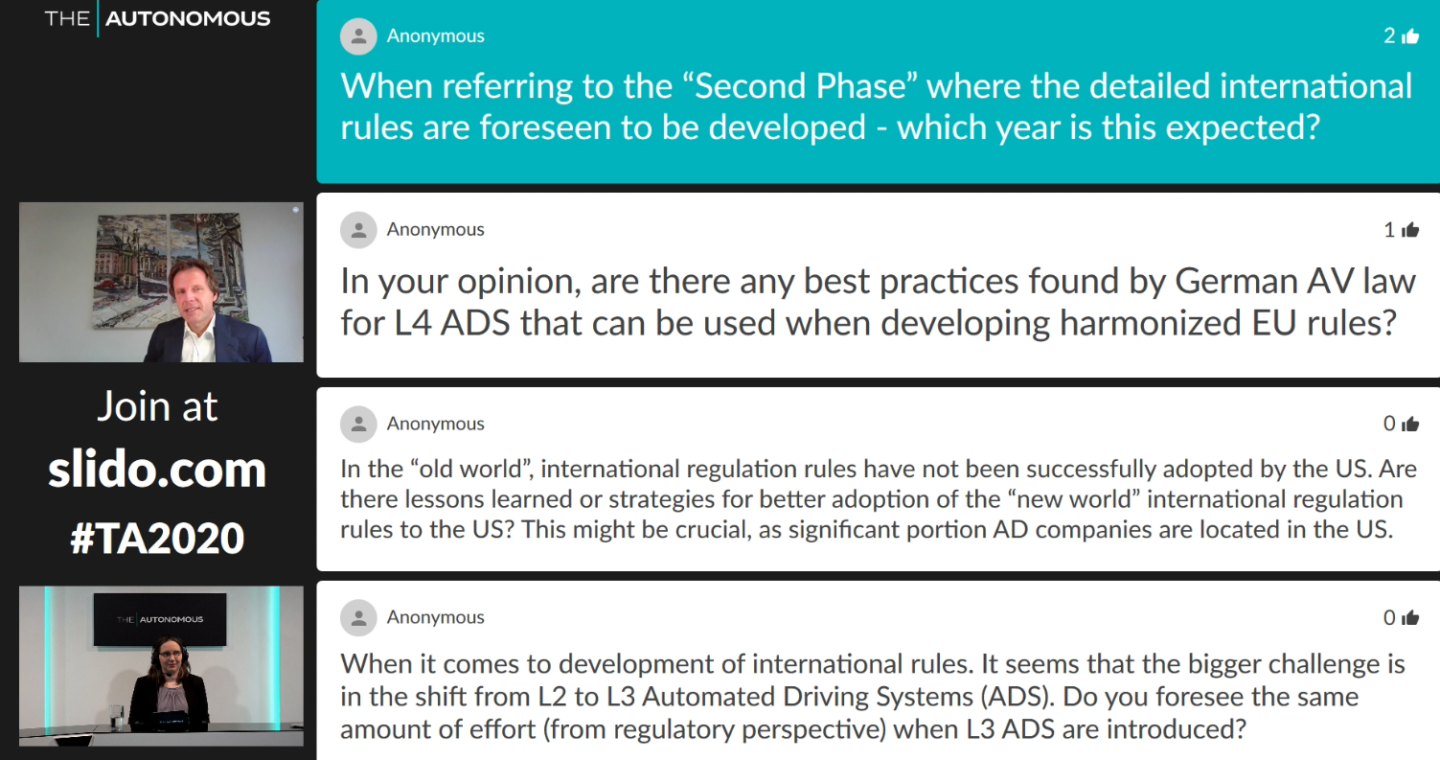 The real-time engagement and live panel discussions provided the participants with insightful, first-hand information. What is more, The Autonomous Chapter Event was the perfect setting for our co-host, PSWP to disclose Germany’s fresh draft (May 2020) on the SAE-Level 4 vehicles AV law.

We are currently gathering feedback from all our participants and summarizing the valuable input of this Chapter Event on Safety & Regulation, which will be included in The Autonomous Report.

If you are interested in contributing to our work towards Global Reference Solutions in safe autonomous mobility, please get in touch with us!

And don’t forget, Early-Bird Tickets for The Autonomous Main Event are now available! Click here to grab yours!